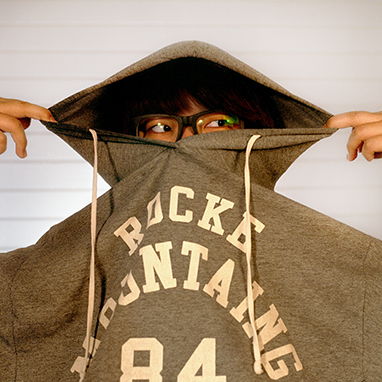 Currently working as a freelance graphic artist (in the fields of illustration, design and animation), Hui-yun Yang worked on the production of storyboards and cartoon drawings for an advertising agency in Tapei. She also worked in a 2D cartoon studio, as well as a ‘character designer’ in an illustration studio.  Her creations are closely linked to the universe of illustration and mangas.  Even though they contain an element of imagination, Hui-yun Yang always tries to draw inspiration from existing subjects.  Her artistic practice is multi-disciplinary, associating drawing and painting, graphic design and photography, which enables her to constantly renew her ways of representing the society.

The film In between, produced by Hui-yun Yang for the Biennale, is devoted to the discovery and exploration of the island’s cultural environment.  The artist’s aim is to draw inspiration from the social interactions she has experienced.  What are the characteristics of life on the island?  What experiences are common to the people on the island?  One of her major preoccupations is the relationship between the people here and their environment.  This is what she wishes to express through her 2D classical cartoon, also called ‘hand drawn car’ cartoon, each image being drawn individually by hand.