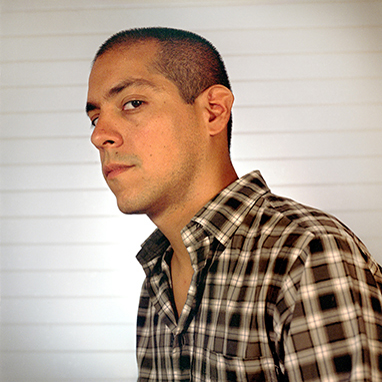 Daniel Toca is an artist who divides his time between Barcelona and Mexico. He has a Bachelor’s degree from the ‘La Esmeralda’ School of Art (Mexico) and a Master’s degree in artistic sound production from the University of Barcelona.  Since studying pop and rock music, he has, notably, been working on the various aspects of musical composition.  In his work he focuses on the scientific  aspects of musical systemic structures, producing works that initially appear simple or subjective in inspiration, whereas in fact they leave nothing to chance.  The technique, which consists in an analysis of logical systems, is fundamental to his work.  Part of the conceptual art movement, Daniel Toca is less interested in the object than in what escapes our immediate perception.

Green Eyes (on how to measure a petition and a prayer)

Green Eyes (on how to measure a petition and a prayer) is a barely perceptible work occupying the whole exhibition space, without manifesting itself in any concrete way. To achieve this, Daniel Toca questions the notion of faith, as beliefs are, by their very nature, interwoven with the notions of presence and immaterial existence.  The artist analyses the act of bestowing a blessing, and, more generally, that of praying, in different religions (Christian, Adventist, Muslim and Hindu).  He attended  and closely followed a number of religious ceremonies, in order to become aware of different types of prayer and talk to the priests concerned.